Are Meal Replacements A Good Idea For Weight Loss? 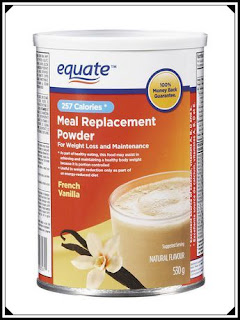 Think about the number one reasons why people are overweight nowadays. Overweight people fall into one of two different categories.

Either they have an unhealthy lifestyle – working long hours, eating out all the time, not getting enough exercise – or they simply eat too much, often in a compulsive way.

This type of eating – eating when one isn’t hungry, for example, or eating for emotional reasons rather than physical hunger – is really a type of addiction. It should be understood as an addiction, and it often is.

For example, the group Overeaters Anonymous functions on many of the same principles as AA or other twelve step programs. Excessive eating is treated like an addiction because that’s exactly what it is.

But if that’s the case, it’s easy to see why this addiction might be harder to treat than some others. The way to deal with an addiction is to stay away from the behaviour that’s out of control – alcoholics can’t touch alcohol, for example. The idea is to not do it at all until the addiction becomes a thing of the past – in fact, for many addicts, they can never indulge in their addictive behavior again, not even once.

With food addiction, though, that’s obviously impossible. People have to eat – there’s no getting away from it. That’s why food addiction, though it’s an addiction to a non-lethal substance, may be the hardest of all to deal with. And that’s also why companies such as Slim-fast, who produce and market meal replacements for people to use while dieting to lose weight, actually do succeed in helping some people.

The idea behind meal replacements is that you don’t really eat at all for a good part of the day – instead, you have a special shake or other product that gives you all the nutrients you need, and stops you from feeling hungry. This works in two ways: first, it controls the calories you take in, because the meal replacements are quite low calorie. Second, it breaks the cycle of addictive behavior because you’re not really eating. You can get away from the behavior much as an alcoholic can (and must) get away from alcohol, and that gives you a better chance of breaking the addictive process.

Though most meal replacement plans do recommend that you eat one ‘normal’ meal per day, some people who are serious about losing weight don’t do even that. That’s precisely how Oprah Winfrey once lost a lot of weight – about fifty pounds. She said that she found it easier not to eat at all (subsisting on meal replacement shakes and bars) than to control her eating. When you know that you won’t be eating ‘real food’ at all for a while, it takes the guesswork out of it. Everything becomes very straightforward, and it’s a fact that many people have lost weight using this method of weight loss.

There are drawbacks, though. For one thing, while a weight loss program is supposed to teach you about how to eat for the rest of your life – to establish healthy habits, in other words – using meal replacements clearly doesn’t do so. Once you go back to eating real food, you might find that your problems with controlling your food intake are still there. Though you will have lost weight, you are more likely to gain it back if you haven’t learned healthy eating habits.

Also, there’s a danger that some people will keep on using the meal replacements for extended periods of time, just because it’s easier and more convenient. Thought they re designed to give you a minimum level of calories and nutrition, meal replacement bars cannot substitute for real food over an extended period.

However, if you know or suspect that your problem with food resembles an addiction or compulsion, it may be worth your while to think about using meal replacements for a while in order to lose some weight. Try to make the time you spend using them as productive as possible, though. Really come to terms with your past behaviour, and learn what it feels like to be full but not stuffed. Figuring out the answer to these and other aspects of healthy eating will help make your weight loss permanent.

Menu Planning Central: Making life easier for busy individuals and families - like yours when it comes to meal planning. Click here for details

CrossFit: is a prominent kind of fitness and also workout technique that consists of eight types of workouts such as weight training, running as well as jogging, calisthenics, gymnastics, ball training, as well as many others. It stands out from other exercise routines in a way that it is executed at a very high intensity within a limited amount of time.

CrossFit: workouts are typically intended to boost and establish stamina as well as conditioning. It is an ideal routine for females - since it permits the enhancement of a wide range of physical skills such as endurance, stamina, speed, balance, strength, and also flexibility.

Considering that the prime focus of CrossFit workouts is useful body movement, it is a excellent option for ladies who are involved in physical exercises and also those that are constantly on the go.

With this strategy, you are met with daily exercise challenges that consistently changes. The result would be that you're most likely to reach your highest poss… 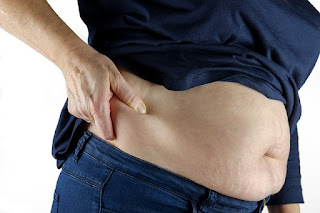 Want to know how to avoid weight gain at home? No surprises there. Recently, this has been a big deal for a lot of us. Months into lockdown, and a lack of daily activity, no access to the gym - unless you managed to scramble some home gym equipment together - and a wholly understandable urge to comfort eat are a dangerous combo, waistline-wise. But it’s possible to avoid weight gain in isolation.
Managing your weight is beneficial for both your physical and mental wellbeing. With a few simple tricks and lifestyle adjustments, you can make sure the pounds stay off and who knows, you might even shed a few kilos in the process. The fact is, the best way to lose weight fast is to pay close attention to your diet. Not surprisingly, the best way to get a six pack is to eat right (and, to some degree, to work out). And make sure you avoid these 5 types of food too if you don't want to gain weight.
The tips below can be used on their own or you can even combine them as you see fit. Very imp… 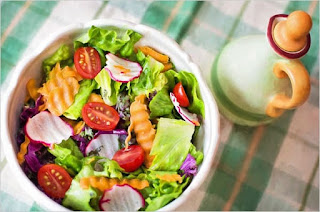 Have You Been Considering Going Vgetarian?

Many people have considered going vegan. However, before you make such a drastic change to your diet, you should be aware of everything it entails; the risks, the benefits, and what it might mean to your health, as well as the health of your family and/or unborn child.
First, What Exactly IS a Vegetarian Diet? The quick answer is a vegetarian is someone who doesn't eat meat. However, to be more technical, vegetarians are broken down into 4 types: Lacto-Vegetarian - They eat dairy products, such as milk and cheese, but not eggs.Ovo-Vegetairan - Who eat eggs and honey, but no diary.Lacto-Ovovegetarian - They eat eggs, honey, and diary products.Vegans - They eat only plants, no eggs, honey, or dairy products. In this article, we will talk about lacto-ovovegetarians, as this is the most common type of vegetarian diet. Top Benefits of Going Vegetarian There are multiple benefits of going vegetarian, but we will list the top 5 here. Lower Body Weight - Studies have found that those who go…